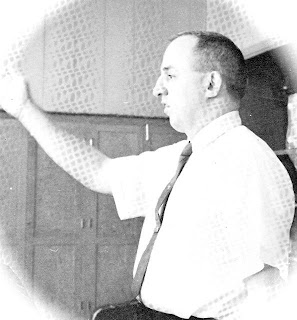 I often wonder if educators understand just how long of an effect they can have on a student?

Tonight I went to my grand daughter Ania's concert at her middle school. It was an excellent middle school concert. There was one young lady who had a solo and it was one of those moments that when she opened her mouth - it made you sit up, listen closer and ask yourself, "... did that come out of her?" An excellent voice - she will be a singer one day. I digress - educators.

I had a high school music teacher, Mr. Eugene Havercamp who not only taught music but gave private lessons as well. I was in both his choir and took voice lessons. As I was watching the young kids tonight I could hear his voice in my head, "You can't sing with your mouth closed. Open up!!"

I can hear his voice to this day and have thought of him frequently during the last 40 some years whenever I observed someone trying to sing with their mouth closed. When I was singing in church or in a choir I could hear him tell me, "...breath from your diaphram...let it out slow." 40 years and I still follow his directions

Mr Havercamp was killed in an auto accident several years ago and I regret not having had the opportunity to have told him he helped me to sing a good song (with my mouth open).

My 40th class reunion is coming up in July and I'm sorta on the committee. We have been inviting all of the teachers we can find to attend as our guest. Why? So we can share our successes and lessons learned and to say thanks... except for that one time... 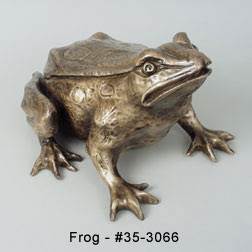 I want to be cremated when it is my time to pass from this earth. Now, I don't dwell on the subject, but on occasion the thought does cross my mind. The first time I remember thinking about cremation was from a Hill Street Blues Episode when a retired cop had died, was cremated and wanted to be part of "something". Andy, one of the lead characters, brought his ashes into the building one night as the locker room was being re-done and mixed him in with the cement. He was part of the building forever...

The next time I thought about being cremated was when I had heard a story about retired sailors having their ashes put into a keel of a ship as it was being built. So - the idea formed in my head... I want to be part of something. But, what?

For a while I thought I'd be a brick. Yes, a brick. There is a Veteran's Memorial in Waterloo where you can have your name and rank engraved on a brick and have the brick placed as part of the monument. Now I will admit there is no mention of actually becoming the brick - but I have often wondered was it possible....

Last week my brother-in-law passed and was cremated and his ashes placed in a gorgeous urn. It did get me thinking again about being cremated... So, I thought a frog... frogs are cute, and they do make frog urns (pictured above). And, no, I don't know why I thought of a frog...

I was thinking about that during the service for my brother-in-law and had to suppress a smile as I could envision at my memorial service a pair of frog's feet sticking out from the covered urn... This is a work in progress and I believe I will take many, many, many years to figure it out. My brother-in-law, Robert J. Houk, Jr. passed away last Saturday from complications of diabetes. Bob was born March 3, 1943 in Nashville, Tennessee, the son of Robert J and Christine Houk. During his life time he was involved with airplanes and boats and sold yachts in Florida.

Bob was married to my sister-in-law Carol - in what we all affectionally refer to as the "scrambled limb" of the family tree. My step-daughter Andrea married Robert's son, Robert and it was at that wedding that Carol met the older Robert. They hit it off, fell in love and were married on St. patrick's Day in 1992 in Miami, Flordia. At times it has been confusing.... Carol is not only Andrea's Aunt, but also her mother-in-law, and step-mother. Her husband Robert is also her step-brother and 1st cousin - my gawd it gets confusing... Adding to the confusion at family gathering is the fact that I am also Robert, and I have another son-in-law who is also Robert. We have all become known as, "Helen's Robert", "Andrea's Robert", "Carol's Robert", and "Jennifer's Robert."

We will miss "Carol's Robert."

While I was in high school I lived a bit on the "wild side" - not scarey wild, like murder and mayhem, but more curious wild, like what would happen if I put a cherry bomb in a toilet. The rest of this story will be told as an observer...

There were 2 young men in high school. One of the young men (not me) had recently acquired something that resembled marijuana (again, not me, really!!). This young man invited his friend (possibly me) to partake in smoking this "stuff". So off they went with their product under the front seat of their vehicle in search of a place of solitude.

Then it happened... they were pulled over by a policeman. He was the local guy and was pulling them over just to "chat' - no violation, no speeding, no stop sign blown, no tale light out - just wanted to visit. He had no idea...

This story took place in the 1960s when the laws were severe. The two young men were scared to death... their lives flashed in front of their eyes and they had visions of being bent over a bunk in prision being violated...so scared they didn't even touch the stuff.

The next stop - one of the young men borrowed a tupperware bowl from his mother and they put their stash in it, went into the woods and buried it. End of story.

I ocassionly wonder if that had been me and I had taken a piece of my mother's tupperware she always put her name on the bottom of her containers in red (sometimes pink) nail polish. If that container ever got dug up - I wonder if my mother would have received a visit from the authorities? M-m-m-m- good thing it wasn't me. 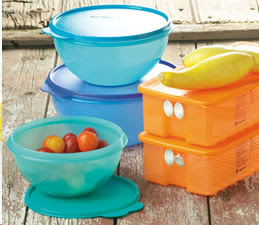 While I was growing up my mother lost a lot of tupperware - not because of anything she did, but because she had a son - me.

My friends and I were deeply involved in playing "cowboys and indians" and while we were in the woods with our bows and arrows we stumbled across a beaver - a real beaver, flat tail and all. Before I continue I wish to apologize for what we did...

We knew that indians hunted with their bows and arrows, so we hunted the beaver. It must have taken us 4 hours to kill the beaver with our target bows and arrows but he did eventually succumb. We had it in our heads that indians used the entire animal, pelt, tail, etc. So,...(again I aplogize... ) we cut off the tail and feet. We had no idea about skinning and pelts, so we left the woods with only the tail and feet. Since we didn't know what we were going to do with with them we (I) borrowed one of my mother's tupperware bowls and stored our beaver on the back porch.

We then went on to playing "detective" and forgot about the beaver - until 6 months later when our beaver was discovered by my mother. My memory fades quickly after that... I do remember a few unpleasentries... however, if you ever want to store dead beaver parts, I highly recommend tupperware as the container of choice.