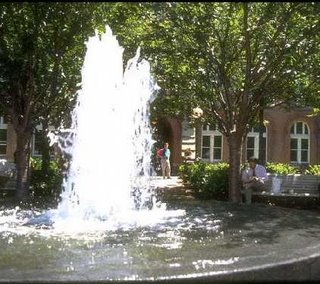 It’s been 37 years since I graduated from High School and I suppose I’m like a lot of people who ponder the life I’ve lived, the choices I’ve made, and the lessons I’ve learned. Upon reflection – one of Life’s Lessons I learned is that we are never aware of the ramifications of the choices we make in life, because we simply cannot see into the future. To illustrate...

After high school graduation, I decided that I was going to attend a private school (name not released in case they’re still mad at me – as you will learn), one which was expensive, and perhaps out of my reach financially. I was going to be a theatre major, get a fine arts degree, go to New York and then on to Hollywood, fame and fortune. I ignored the advice of my parents, who suggested that a junior college closer to home, would be a better choice. To heck with parental advice, I was now an adult! I went to the private school, majored in theatre, and was prepared to make my mark on the world.

Trouble started almost immediately when I rebelled against taking a “regular” gym class. I though I was done with that ... I ended up signing up for ballet – something recommended by my counselor.

Ballet didn’t turn out too bad – it was a class filled with 10 women and 2 men. This fed right into my other majors in college, wine and women. I excelled...

One Friday evening, while I was studying the “wine” part of my education, I ended up consuming an excessive amount of vodka. This led to my acquiring a box of Tide; why, I have no idea, but I found myself standing in front of the college’s very colorful fountain. There were water sprays, and different colored lights – it was so inviting.

I discovered that an entire box of Tide makes a nifty bubble bath – it was a warm evening, the bubbles were inviting, so, I stripped down and jumped in ... most would think that this was my biggest mistake, but no! After my nice bubble bath, I walked around campus au naturel and introduced myself to the couples who were sitting on the benches. This was still not my biggest mistake!

The biggest mistake came when I introduced myself to the local campus security person. That was the mistake that changed my life.

He invited me, okay, took me, to his office and called the local police. To my good fortune, the policeman who showed up was the brother of a friend of mine, so he escorted me back to the dorms with the admonition about never, ever, doing something that stupid again.

Little did I know that my “bath” would affect the entire rest of my life. It was 1970, and the school authorities invited me to leave the school. As a result, I lost my student deferment from the draft. It wasn’t too long before I won the only lottery I ever won – the draft lottery! I was drafted, but I fooled them -- I joined the Navy. That one bubble bath, that one moment, that one box of Tide, put me on path which saw me completing 30 years in the Navy – who knew?!

I did not realize that Tide was apart of this story. The things I am learning from you this week are rather interesting.

I knew about the tide...but I didn't know about the bath that followed! My, My dadio...you were one partying fool.

Interesting story...I hope more is forthcoming...is it the begining of a long journey?...Good stuff you here.

oops!...Good stuff you got here

Hey I see it like this, at least you were clean when finished.